Whenever a Content is modified, a background process attempts to match the content based on its descriptive metadata such as title, year, cast, etc., to our Content Knowledge Base. Where a strong match is found, any known third party identifiers are added to the Alternative Identifiers fields.

These alternative identifiers can then be used by editors of the console to retrieve descriptive metadata to correct or further enrich existing metadata, as well for de-duplication and normalization across Content resources for consolidation into a single master catalog. 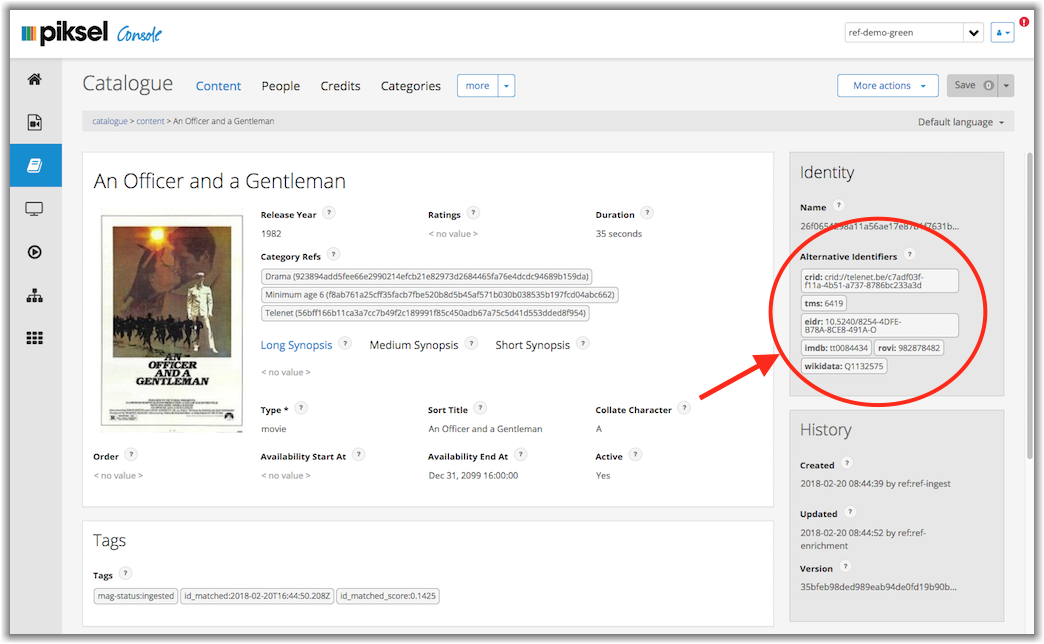